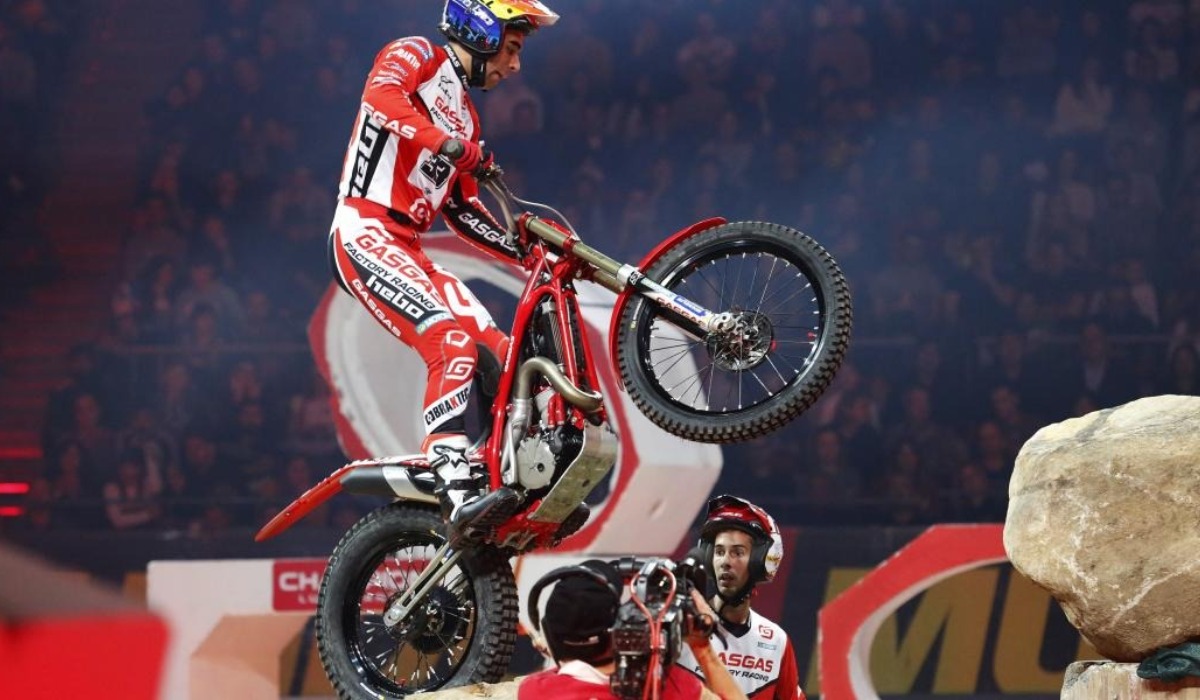 GASGAS Factory Racing’s Jorge Casales has been confirmed as having finished fifth in the 2020 FIM X-Trial World Championship, following the cancellation of the final two rounds of the series due to the Coronavirus pandemic. Competing in four of the five events held, Jorge’s best result came at the X-Trial of Barcelona, where he finished third overall.

At the opening round of the FIM X-Trial World Championship, X-Trial Reunion Island, Jorge finished an encouraging fifth overall on his GASGAS TXT GP 300 machine – his debut indoor event for GASGAS Factory Racing.

Not competing in the second round of the series, Casales returned to action at round three – X-Trial Budapest. Despite many weeks of focused training and preparations ahead of the event, a tough night inside the city’s Sport Arena nevertheless saw the Spaniard match his opening round result in fifth.

Round four of the series was unquestionably the highlight of the championship for both Jorge and GASGAS Factory Racing. Competing in front of his home crowd, Casales not only secured his best result of the 2020 X-Trial series but also claimed his first ever indoor podium result. In finishing third alongside countrymen Toni Bou and Adam Raga, Jorge lifted himself to fifth in the X-Trial championship.

Although unbeknown to all riders at the time, the X-Trial Bilbao was to be the final round of the 2020 FIM X-Trial World Championship. Finishing fifth on the night, Jorge ends the series in fifth position, tied on points with fourth-placed Benoit Bincaz and just six points behind third-placed Jeroni Fajardo.

With the 2020 FIM X-Trial World Championship over, the FIM X-Trial of Nations is due to take place on the rescheduled date of November 6, inside the Arena Stade in Liévin, France.

Jorge Casales: “It’s a shame that the season has to end earlier than expected, but clearly the current situation is more important that motorsport. At the last event, in Bilbao, things didn’t go so well, so the next event in Andorra was very important to me as an opportunity to gain championship points. I was preparing myself well for that race but with how the situation is at the moment it’s time to stay home and hope that the situation improves soon. Then I will get ready for the Trial World Championship. We will also push for the Spanish championship, which we lead at the moment – I’m really focused on the start of the outdoor season. I want to thank the team for the work done and the effort that everyone puts in. I’m really happy with the new team, my first year back at GASGAS, and being able to make a podium in the X-Trial series was great. We keep improving every week.”